_ Science Fiction:
“I started reading sci fi thanks to Gilbert & Sullivan.  No, really.  I was covering bassoon and trombone parts on my bari sax in the pit orchestra for a community theatre production, and they were boring.  My best friend, Patty, started bringing me Star Trek novels in a brown paper bag—I think I read 8 of them during the run of the show—and I was off!  In 1991, back when ST books only came out 3 or 4 times a year, I read the latest in 1 day, and couldn’t wait for the next one, so I decided to write my own.  Of course it didn’t sell, but it certainly got my creative juices going, and I became an author!” 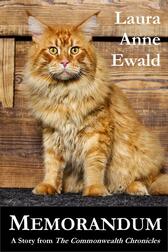 Memorandum (A Story from The Commonwealth Chronicles)
When two aliens are inadvertently dropped off on a world not yet advanced enough for the survey they had been sent to do, survival becomes the name of the game.  But surviving on early 20th-century Earth may be easier said than done, when the local inhabitants see witchcraft afoot and the two scientists face the quandary of survival vs. noninterference.
(Available from in Kindle from Amazon.com.
_
The Stars of Dreams (Book 1 of The Commonwealth Chronicles)
Jane Warren is content.  She might not be on the bestsellers list, yet, but her sci fi is selling steadily, and she has her little cabin in the woods where she explores the stars of her dreams.  Her fantasies become reality, however, when the real bad guys decide she knows more than she should about life beyond Earth’s atmosphere, and her dreams become a living nightmare when she is kidnapped, whisked away to be questioned relentlessly about her sources for one of her books, the details of which too closely mirror a real-life military coup in progress.  But when a group of real good guys come to her rescue, Jane learns the true meaning of heroism as what starts out as a daring rescue of an innocent victim turns into a race to save an entire commonwealth of worlds.
Look Inside or order now from Amazon.com.

_ The Stars of Home (Book 2 of the Commonwealth Chronicles)
Kitianna Tomar has lost everything—her husband, her son, and a career she once loved—but now she has come full circle, returning to her long-ago dream of a commission in the Commonwealth Space Service, flying solo for the Fleet on the fringes of the Commonwealth, charting new worlds for future exploration and research.

But when her tiny ship is hit by an interstellar disturbance, she barely manages to affect a controlled crash landing on a primitive world listed as “Closed”—off-limits to anyone from the Commonwealth. Survival is the first order of business, however, and she can only hope it won’t be too difficult to keep a low profile on this planet where the most advanced technologies are the telegraph and steam-powered engines.  She can also be thankful the man who saved her life the night of her crash has as much reason to lie low as she does, when she realizes that teaming up with him is the best way for both of them to stay out of trouble.

Who would have known she could fall in love again, first with a community then with an abused little boy and finally with the man who saved her life.  Professionalism and duty vie with a personal longing to find a place in her new world, but when Fleet finally tracks her down, the stars of home beckon...
Order now from Amazon.com.
Derry’s Hope (A Novella)
Earth’s ambassador to Idoraa, John Derry, must flee for his life when there is a terrorist uprising against the Council of Elders.  When his friend, Elder L’tai, is murdered, Derry rescues his daughter, Taera, and escapes to the Terran embassy, where his staff anxiously await his return.  But what is a welcome escape for Derry is a frightening, uncertain future for his new ward, and when Derry is told the only viable way to keep Taera with him is marriage to the much younger alien woman, he can only hope she will accept his offer.
Look Inside or order now from Amazon.com.
The Stars of Hope (A Novel in progress from The Commonwealth Chronicles)
They call Kata'ahr a half-breed.  They call Jennephina a misfit.  Together, they make it through the Academy with flying colors, however, and end up serving side by side in the coveted duty of the bridge of the CSS Endeavor.  But when Kat disappears while on shore leave, accusations of disloyalty and treason founded in her mixed blood are born, and Jen must do everything she can to track down her friend to prove that while foul play is involved, Kat is victim rather than traitor.  The good news is Captain Merrick believes in Kat’s innocence and loyalty, too.  The bad news is they will need to defy standing orders and cross into enemy space to prove it... 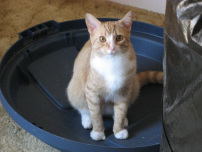